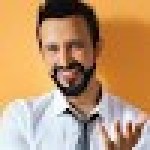 Statements made by now-suspended BJP spokeswoman Nupur Sharma on Prophet Muhammad (SM) have sparked a cyber attack on government and private websites in India.

The Indian Embassy in Israel, the National Institute of Agricultural Extension Management, the Indian Council of Agricultural Research (ICAR) e-portal, and websites of educational institutions such as Delhi Public Schools, Bhavans, and other groups of universities across the country have all been targeted by the hacker group DragonForce Malaysia. Several websites have been hacked.

According to The Times of India, more than 50 websites have been vandalized in Maharashtra alone.

“Your religion for you, my religion for me,” the gang said in a series of audio snippets and text messages. It also urged all Muslim hackers to take action.

The cyberattack took place between June 8 and 12, The Times of India’s analysis of Internet archives at the Wayback Machine confirmed.

Security experts also warn that the hacker group also attempted to break into a well-known Indian bank with more than 13,000 members.

“These are politically motivated hackers and state actors. Tampering attacks are a sophisticated and persistent threat to future attacks, including data theft and ransomware attacks against banks and critical infrastructure. When they attacked Israeli sites, personal data, passport data, and VPN credentials of Israeli companies were compromised. We should be prepared for more cyber attacks,” a top cybersecurity expert told The Times of India.

Last year, DragonForce Malaysia made news when it was accused of stealing and leaking the personal data of 300,000 Israeli students from AcadeMe, one of Israel’s major student and graduate recruitment networks.

The leak, according to DragonForce Malaysia, was tied to Israel’s 11-day confrontation with Hamas, which governs the Gaza Strip.

Last month, the organization allegedly hacked into a number of Israeli CCTV networks, including residential and government buildings.

We know you have a backup plan in place in case your company goes under, but do you have backups of all of your data? If the answer is “no,” then stop what you’re doing and get to work on it. In the United States alone, roughly 5 million hard drives collapse each year. I’m not sure what will scare you more than this. To make matters worse, the performance of HDDs and SSDs has increased so dramatically in recent years that it is now conceivable to keep all of your data on a single server rack, especially if you are a tiny organization that does not deal with large files.

How to backup cloud, as you can see, is far more valuable than you might imagine. They’ll assist you with protecting your data, expanding your organization, and a million more tasks you’re probably unaware of. If any of the aforementioned symptoms are present, it may be time to consider hyper-v backup for virtual computers as wel